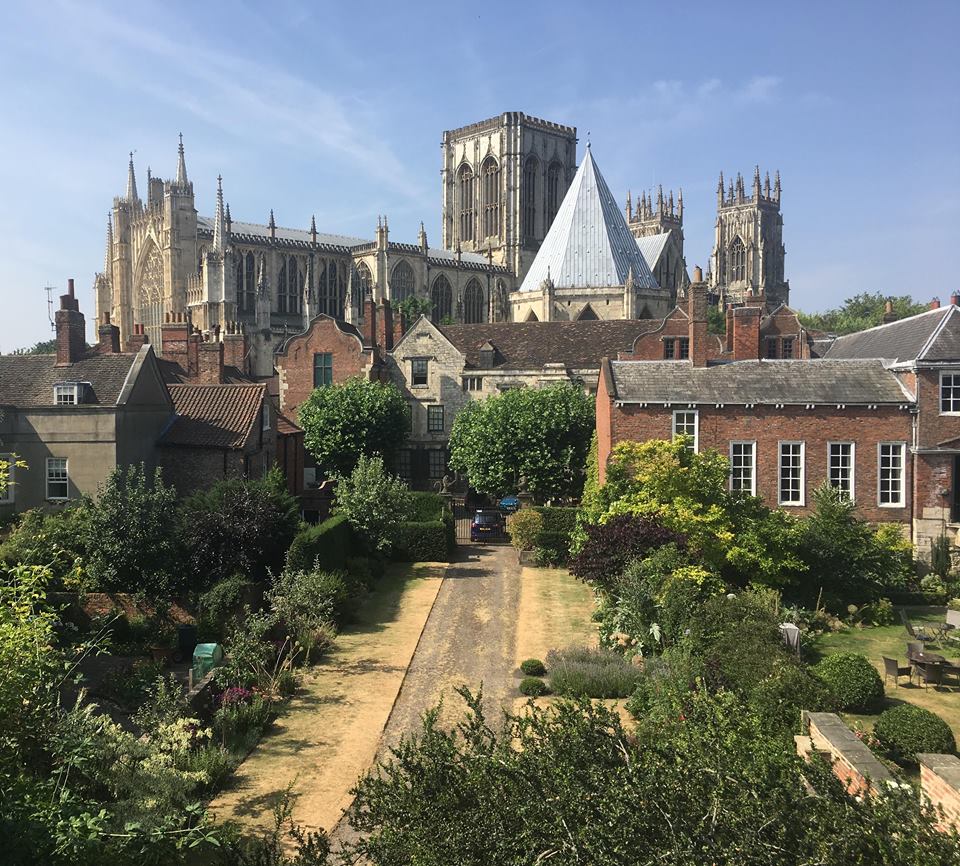 OwnerRez
Startled birds rose abruptly from the towers and took to the skies; black silhouettes against the grey backdrop. A crisp October morning, the clouds had gathered in stubborn formation overhead. The air was brisk, chasing the fallen leaves along the pavements.
I counted the strikes: 10 o’clock.
My time spent in York so far had scarcely been all of an hour, and yet, I already felt captivated. A sense of breathless excitement engulfed me upon the thought of my day ahead.
Sitting on a bench in the gardens of York Minster, watching the morning unfold across the city, I took out my notepad and pen. It was one of the most serene work-spaces I have ever penned an article from.
Leaves in rich shades of burnt orange and mahogany pirouetted around me like a mesmerising shower of glitter. The grass in front of me was littered in a sensual mix of autumn leaves; a collage that could have only been created by October.
The impending stature of the wickedly Gothic York Minster was a dagger against the otherwise mellow skyline, adding a fascinating facet.
Somewhere in the distance, amidst the cobbles, somebody played beautiful classical music on a violin in the street. 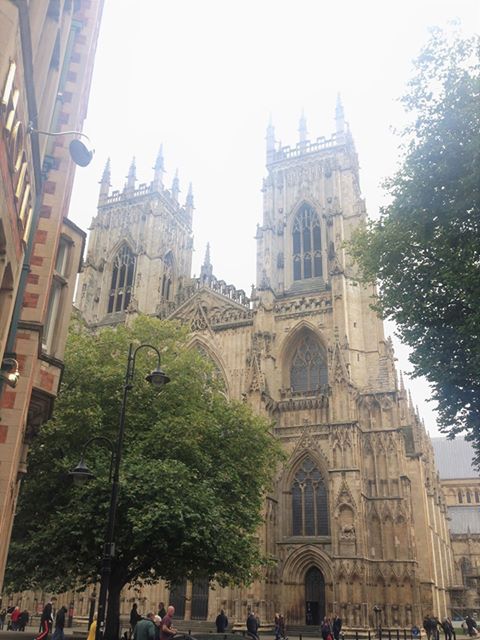 There is something quite marvellously mystical about York. It is almost as if a cloak has been shaken over the whole city, locking in its inspiring unique charm and olde-worlde ambiance. York is quite remarkable from every angle, and portrays an assortment of dimensions. Embarking upon a tour of the city, one is never quite sure what they will find hidden around the next corner. One is never far from something amazing in York, whether it be an old church popping up unexpectedly, or simply a street-side stall selling traditional fudge, made in the city itself.
York is a sublime sprinkling of churches, quaint tearooms, delightfully refreshing parks, and quirky gift shops, all set around the flowing river and the striking city walls.
The Shambles is perhaps the most famous street in York, crammed either side by the most exquisite shops, selling precious trinkets. If you’re a Harry Potter fan, you can’t help but feel as though you are picking your way through the set of arguably one of the most iconic stories of your childhood. With a beautifully messy mismatch of cobbled streets and peculiar buildings, The Shambles possesses the ability to escort one back in time to a bygone era.
The majority of the shops lining The Shambles simply cannot be defined by one genre, for they appear to be a brilliantly organised chaos of many stunning gifts and charms - most of which one would never stumble across anywhere else.
Although they may appear small from an outside perspective, each shop performs a magic trick on its visitors, and opens up into a large space inside, exposing a veritable trove of delights.
The Minster Gate Bookshop completely and utterly stole my heart. Defined in a few short words, it was quite simply paradise nestled between four walls. Located inside of an old Georgian townhouse behind York Minster, the second-hand treasure chest was deliciously full to bursting point with books. Five floors span out before me as I breathed in the smell of old books, instantly frozen to the spot under the spell. The windows of each floor of the store proudly boast views of the shadowed outline of York Minster beyond.
All along The Shambles, the air is tainted with the delectable smell of an array of foods. Adorably traditional bakeries, tantalising fish and chip shops, and whole spaces solely dedicated to fudge come in abundance, and join forces to create the most alluring concoction, enticing one further down the cobbles. Deciding which delicacy to sample first is the only challenge you will face while in York.
I grabbed a cheese twist from one of the bakeries, which was melt-in-the-mouth divine. My chosen dessert was a bar of chocolate from the shop at York’s Chocolate Story. (This particular attraction is a ‘must do’ for all foodies out there! What could be better than immersing yourself in the history of York’s renowned chocolate making families from across the generations? Making and tasting your own chocolate, of course!)
A stroll through the local markets will showcase a more vibrant side to the city, in contrast to the mellow atmosphere that engulfs the depths of The Shambles. The markets present a lively vibe; a bustling parade around a selection of locally sourced produce and fragrant fresh-cuts.
While York Minster is arguably the jewel in the crown, the city’s collection of alternate churches are not to be dismissed! St Wilfrid’s in particular is a memorable location to potter in and out of. Undeniably impressive from the outside, the interior of this church will leave its guests marvelling, with its high-set windows and intriguing structure. 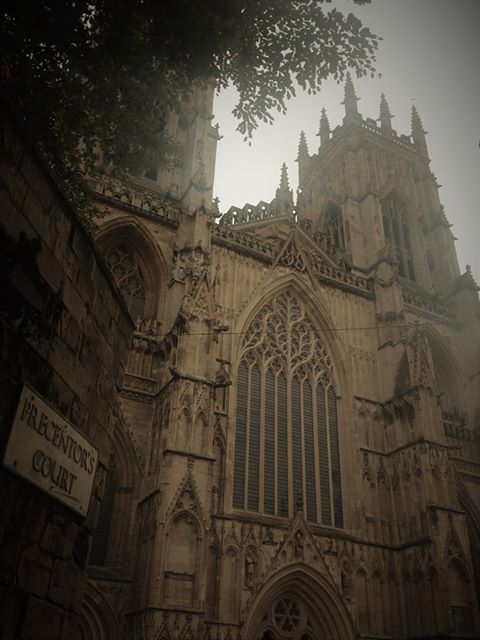 A wander around the blissful museum gardens was next on the day’s agenda. Hand in hand with the riverbank, the gardens presented as an entanglement of wild shrubbery and shimmering flowers. The gravel pathway rolled away into the distance, and I could have been forgiven for thinking that I was in the middle of a dense woodland, and not an inner-city park. Under the canopy of the shredding trees, I was granted an escape from the city, and indeed, an escape from life itself.
The remaining daylight played on the surface of the water, casting an almost golden glow, which illuminated my direction back towards the town.
My trip ended with a walk around the city walls. It was from the highest point of the walls that I watched the last of the day fade into the impending dusk. The darkness clawed at the remnants of cloud on the horizon, replacing the light with a faint blanket of stars.
The city’s magic increased in dramatic fashion. The shadows of the city danced against the pallet of the night. The jagged steeples and turrets of York Minster pierced the landscape.
The air possessed a sudden chill, and I stood in the gathering wind, overlooking the magnificent city below, feeling a surge of passion for all I had experienced. 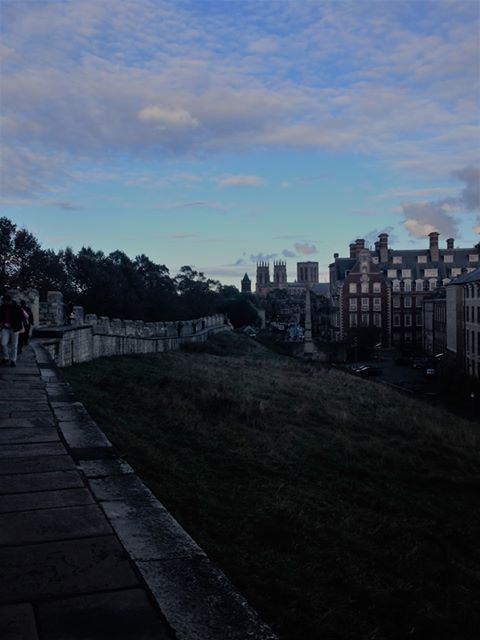 Upon leaving York behind that evening, I felt as if I was stepping out of the pages of a wonderfully embellished novel that I had spent the past eight hours residing within.
York is a fairy tale; an exquisite mirage of charm that struggles to be defined on paper. 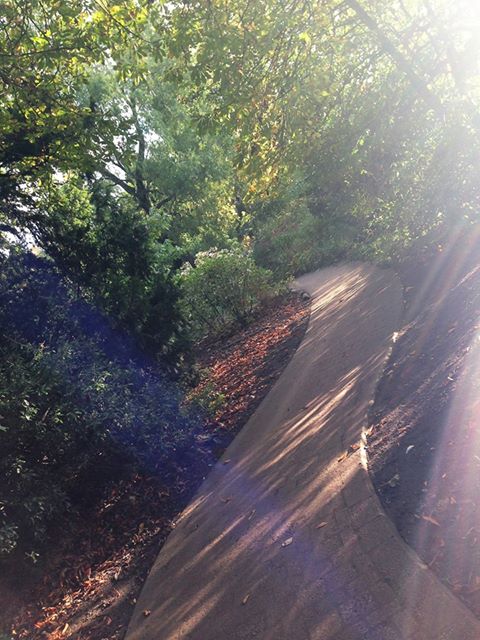 Cara Jasmine Bradley is a 25 year old creative writer from Manchester, who combines her love of travelling with her passion for writing. At the age of 21, Cara travelled solo across Europe, and eventually secured a job in a small fishing village in Ibiza for the summer. European cities are Cara’s preferred travel speciality, especially those in Northern and Eastern Europe.
Together with her fiancé, she enjoys exploring ‘outside the box’ destinations and immersing herself in different cultures.
As well as travel articles, Cara is particularly keen on writing children’s fiction, and also dabbles in a spot of sport writing! 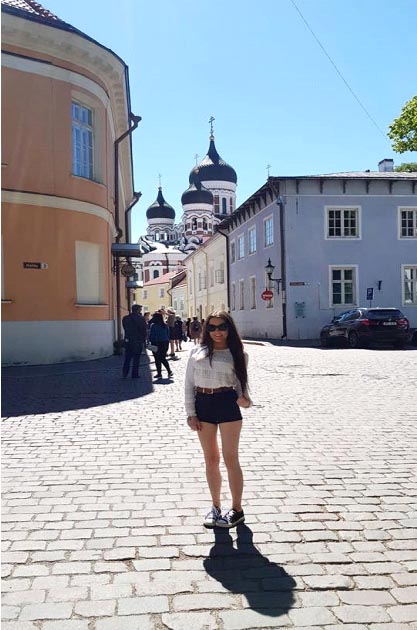