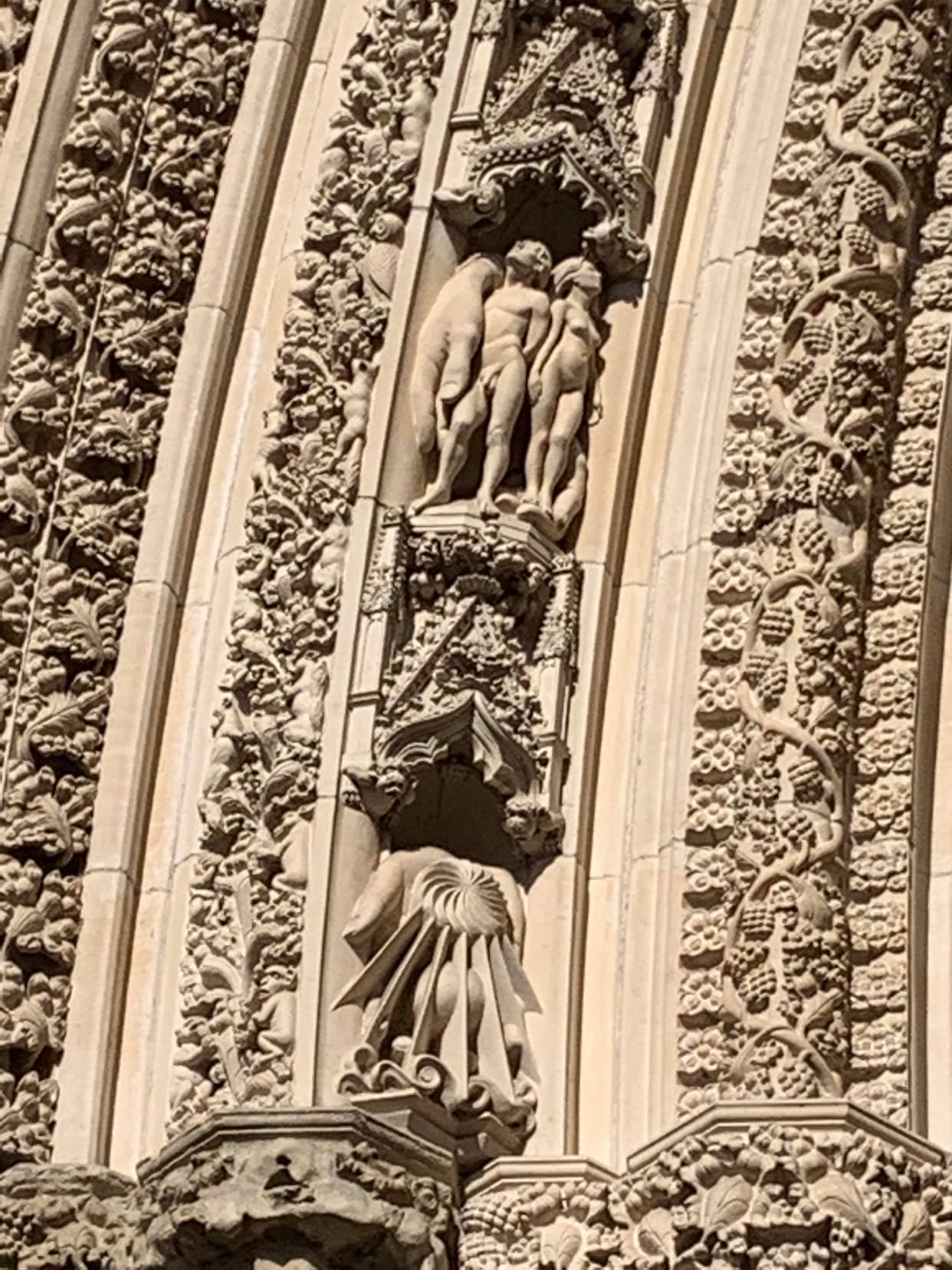 OwnerRez
Everywhere the eye turns there is a new nook, a hidden doorway and an ancient street to explore. But wait... just the same moment as you are taking photographs, absorbing the magic of this city, remember that someone is watching. If you take a moment to look above you, you will never be far from stone eyes peering down at you. Not some poor victim from a Harry Potter movie cast into stone for eternity, these haunting faces are the infamous Gargoyles and Grotesques of York. This eclectic mix of faces can be found all around York, on the walls, Churches, as headings to alleyways, and of course adorning the inside and out of York's glorious Minster.

Grotesques are carvings, usually of demons, dragons or other mythical creatures, that were often used to decorate cathedrals and churches, with the idea being that they would ward off evil spirits. Gargoyles are very similar yet are distinguished in that they have usually a water spout attached to them, so both practical and spiritual at the same time. A great place to start your 'Gargoyle trail ' would be at the Minster itself. Literally wearing gargoyles like distinctive jewellery, the outside gargoyles range from angels, demons and winged creatures to down to Earth Chauceresque characters of the day. Likewise, inside, you can see the cheeky 'mooning monk ' hidden in the rafters, peeking down on the congregation amongst others, such as the carved heads of a medieval couple and the tormented soul being devoured by a demon.
Outside the Minster, posted behind the iconic statue of Constantine is the industrious Stonemasons yard where you can see the masons crafting away on the replacement Gargoyles, they are making to replace the rain dissolved old Gargoyles of yesteryear. It really is a treasure to see these artisans work away with their talents, and it becomes even more spectacular in August when stonemasons from around the world meet and compete in a carving competition in the grounds of the Minster. Heading away from the Minster, my personal favourite grotesque is the little red Devil located carefully down Stonegate in the centre of the street. Gazing down with an indiscernible sneer, or could it even be a smile. There's simply too many to mention as you wind your way down the streets of York, but pay attention to the fronts of the buildings on Coney Street as you shop, there are many surprises! Olden-day masons would amuse themselves by making their carvings into caricatures of clergymen whom they disliked. One of them, who to this day is pointing his buttocks at a stone yard. Kudos to those who can tell me where it is!