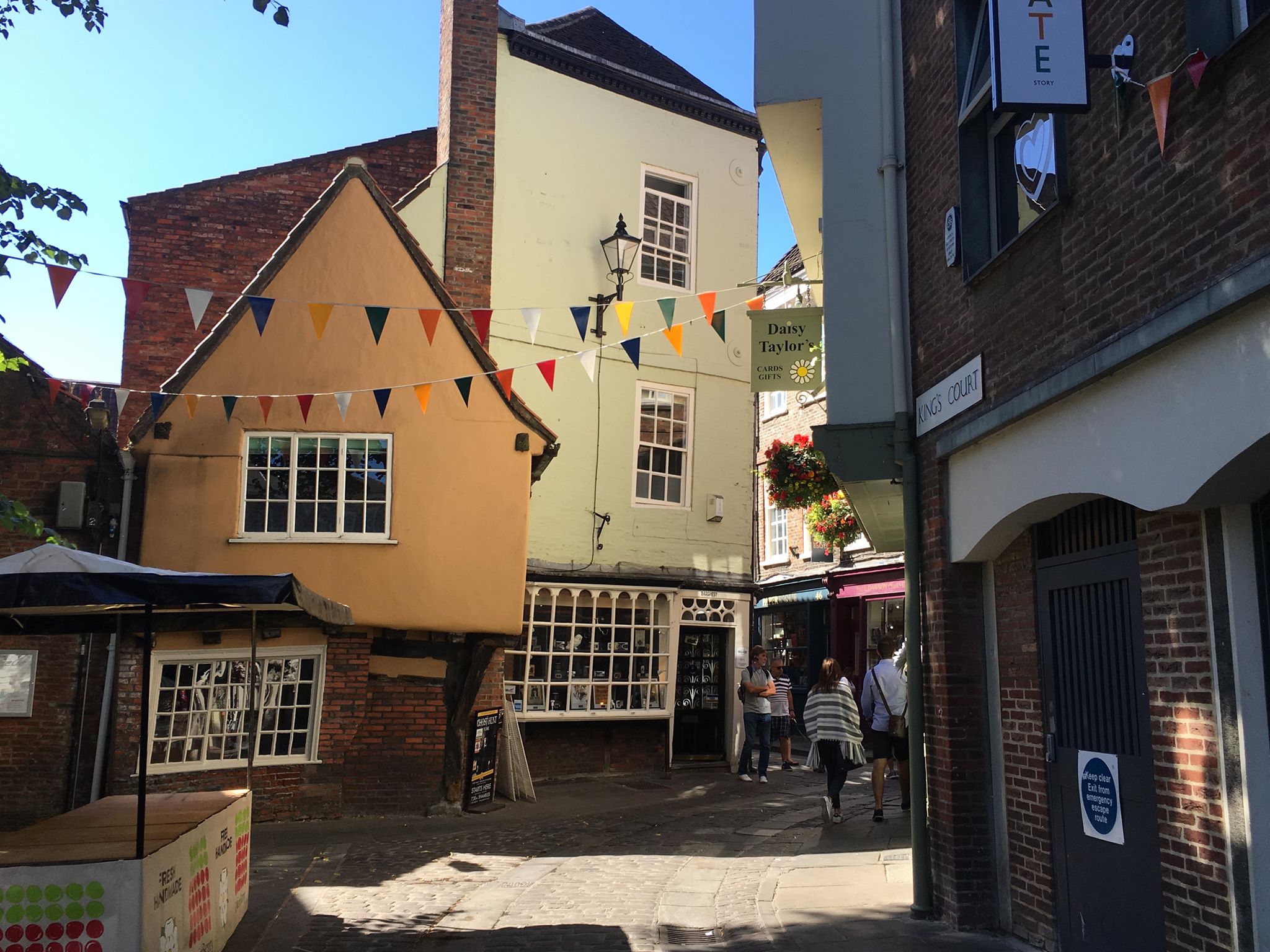 OwnerRez
A city of secrets and ghosts. But perhaps not so well known is the fact that York is actually Europe’s most haunted city. Underneath the eyelids of beautiful shops, and quirky streets, there are layers of stories, waiting to be discovered and told. Today we are getting to know some of these hidden citizens of York, taking some footsteps down secret paths and well-hidden stories. 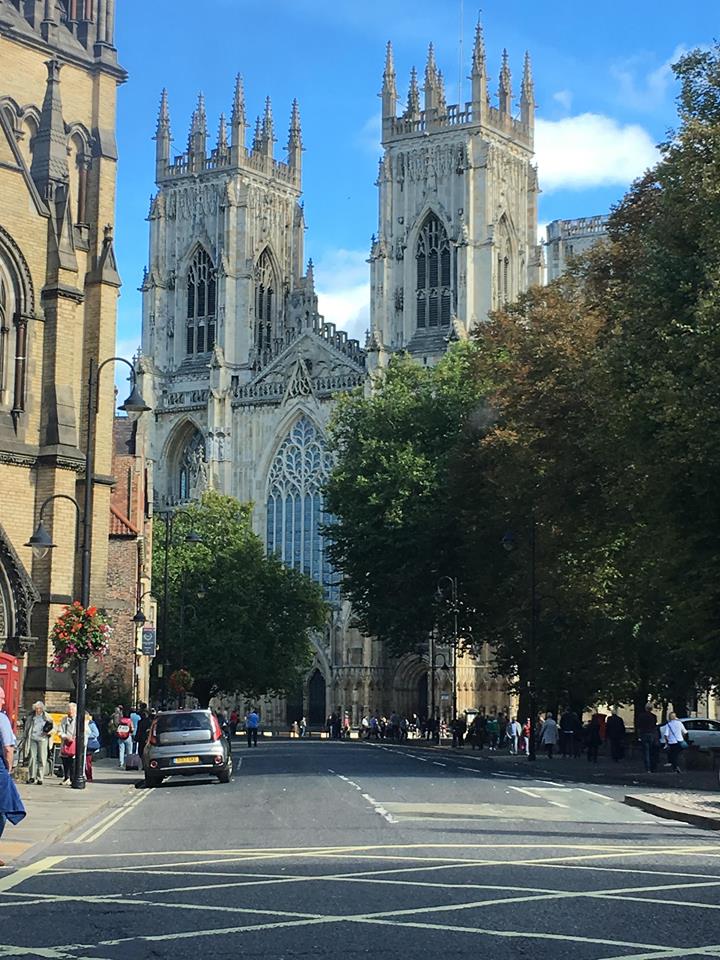 Walk past York Minster as the dusk descends, when the shop shutters close for the day, you can be forgiven if you feel as though you could be walking at any given time in history. All it takes is a cool breeze and to be met by the astonishing heights of the beautiful building to be transported back to an ethereal other world. Believed to date way back to 627 AD, the Minster certainly has some stories to tell. A frequently told tale describes a tour party way back in 1820, when two members became separated and found themselves wandering round separate parts of the building. Suddenly, a man in Naval Uniform appeared and whispered in the ear of one of the ladies. Myth tells us that he was one of the women’s brothers who had recently passed, and before so they had made a pact that if one died before the other, they would let the other know. He had recently died at sea, so maybe this was his way of letting her know.
Heading away from the Minster, shaking off the shivers, and past the Guy Fawkes pub and turning onto Stonegate, a plethora of ancient pubs and twinkling lights from elegant restaurants greet you. A banner crosses the street with the words: “Ye old Starre Inn” emblazed on it. The coach Inn, dating back to around 1644, has much older cellars tucked away underneath. The cellars here are the focus of our next hauntings as many people have reported hearing the screams of Royalist soldiers emanating from there. Historical records show that the cellars were used as makeshift hospitals for the soldiers during the English Civil War.
Typically, York does not do anything by halves, and there are even more ghosts to be found here. An old lady dressed in black is reputed to be seen descending the staircase from the upper floors, alongside two ghostly black cats around the bar. Local legend suggest cats were bricked up inside a pillar that stands between the door and the bar. There are many reports of visitors bringing their dogs into the bar only for them to growl at the said pillar. The practice of bricking up cats in a building is a superstitious one found across Yorkshire which is said to protect a building against both fire and bad luck! Being a cat lover myself, this is hard to swallow, and I start to feel a sadness for our ghosts of York. Surely there must be a happier ghost to be found? 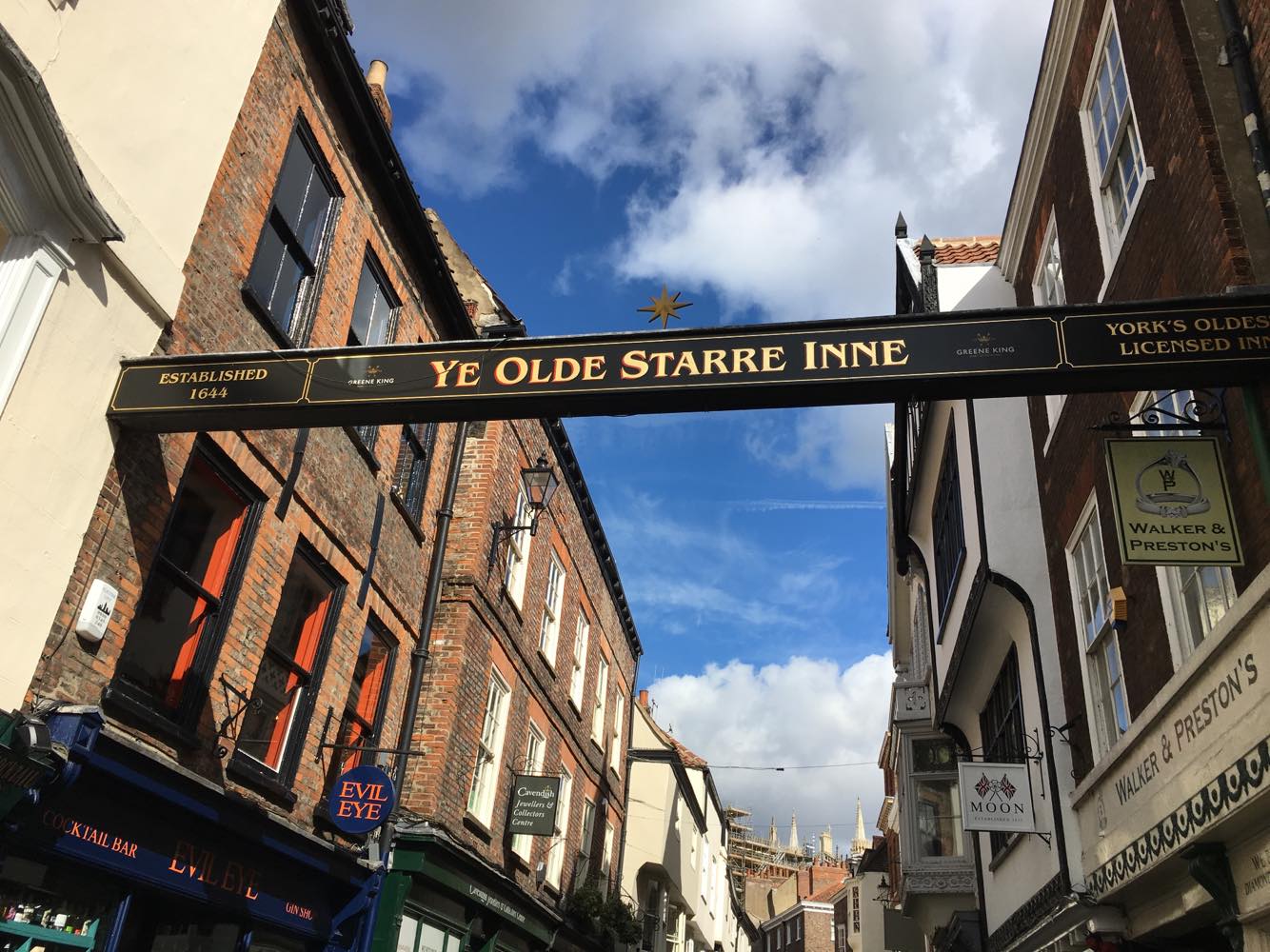 Heading down Stonegate, turn left, then left again onto Swinegate, down Church Street, you will soon see the Shambles. If you walk down here at night, when there are few people to be seen, the shops soon lose their modern façade and offer a beautiful, if not otherworldly street scene. Down the Shambles you will see the door plaque dedicated to Margaret Clitheroe, the Catholic martyr who died for her faith. You will see more detail in-scripted on the plaque, but be sure, her ghost still roams this street, enraged and still carrying the energy of her fate.
Ending our little ghost tour today, with perhaps the most renowned ghost story associated with York. That is of the Roman Legion marching through the Cellar of Treasurer's House. In 1953 a plumber working in the house saw a band of Roman soldiers, visible only from the knees up, marching through the cellar dressed in rough green tunics and plumed helmets, carrying short swords and spears. After scrambling up the cellar steps to safety he was met by the house's curator who on seeing his face exclaimed, "You've seen the Roman soldiers, haven't you?" Why not take a look for yourself on one of York’s many famous ghost tours? There’s nearly a ghost on every street, and I have barely scratched the surface, but think my sensitive soul may need a rest.

But wait, how can we know all this to be true? Surely other people’s ghost stories are but hearsay? I will leave you with a little ghost story of my own. I was working in a café very close to the Minster way back in 2002. It had been a long shift, and my eyelids were heavy as we were doing our final clean and shut down. There was just myself and one other person, and as I walked the pathway from the bathroom to the main restaurant, I heard the pit pat patter of loud, determined footsteps. It must have been my colleague, as keen to get off as I was, yet, she was already at the till. I said, in astonishment: “but I just heard footsteps from across the hallway, were they not yours”?
“No, she laughed”. That’s the ghost, he has been here for ages, he leaves footsteps wherever he goes. Bang bang bang, just like that.”
I don’t know what was more haunting, the foot-stepping ghost, or her nonchalant acceptance of it. But she was sure, and still hears him, sometimes, in the shadows.